Respected members as we all know there is going to be a Solor eclipse on Monday, August 21st. The Sunnah of Hazrat Rasul Allah (saws) is to offer two raka'at of Nafal prayers during the eclipse (Kasoof). We should do this collective 2 Nwafil in the Jama'at wherever possible. There are special instructions how that should be performed.

Also refer to Hazrat Khalifatul Masih AyyadahoAllah khutba of March 20th 2015 at the time of eclipse in Europe.

The solar eclipse is called Kusoof and the lunar eclipse is called Khusoof. This visual change in the heavenly bodies reminds the faithful that just as the sun and the moon appear to have lost their light to a considerable extent during the eclipses, so can various kinds of spiritual ills result in a reduction of the spiritual light that illuminates the believer’s heart. Only God’s mercy can protect one from such a spiritual eclipse. Hence a two Raka’at Prayer is precribed on the occasion of solar or lunar eclipses as a reminder to believers that they should seek God’s blessings and God’s mercy if they want to scale spiritual heights.

The inhabitants of a town or city offer two Raka’at in congregation, either in a mosque or outside in the open. Sura Fatiha and long passages from the Holy Quran should be recited aloud in this Prayer. In every Rak’at, two Ruku‘ are performed. After the recitation of some passages of the Holy Quran, a Ruku should be performed, then the Imam should go back in Qiyam position and recite some other passages from the Quran and then go into Rake or the second time. Some Traditions even tell us that the Holy Prophet, peace and blessings of Allah be upon him, performed three Ruku in one Rak’at. Then the Imam should go into Sajdah position. Lengthy supplications should be made in Ruku as well as in Sajdah of this Prayer. At the end of the Prayer, the Imam should deliver a sermon, in which he should draw the attention of people to the subject of asking forgiveness from God Almighty and he should discuss ways and means of reforming society. 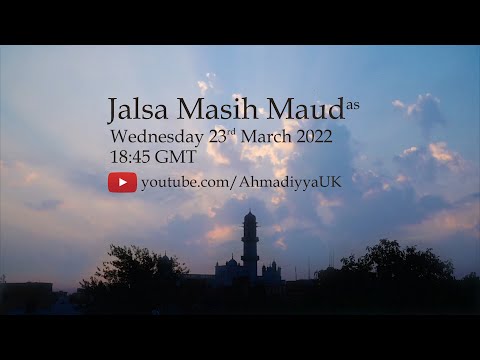